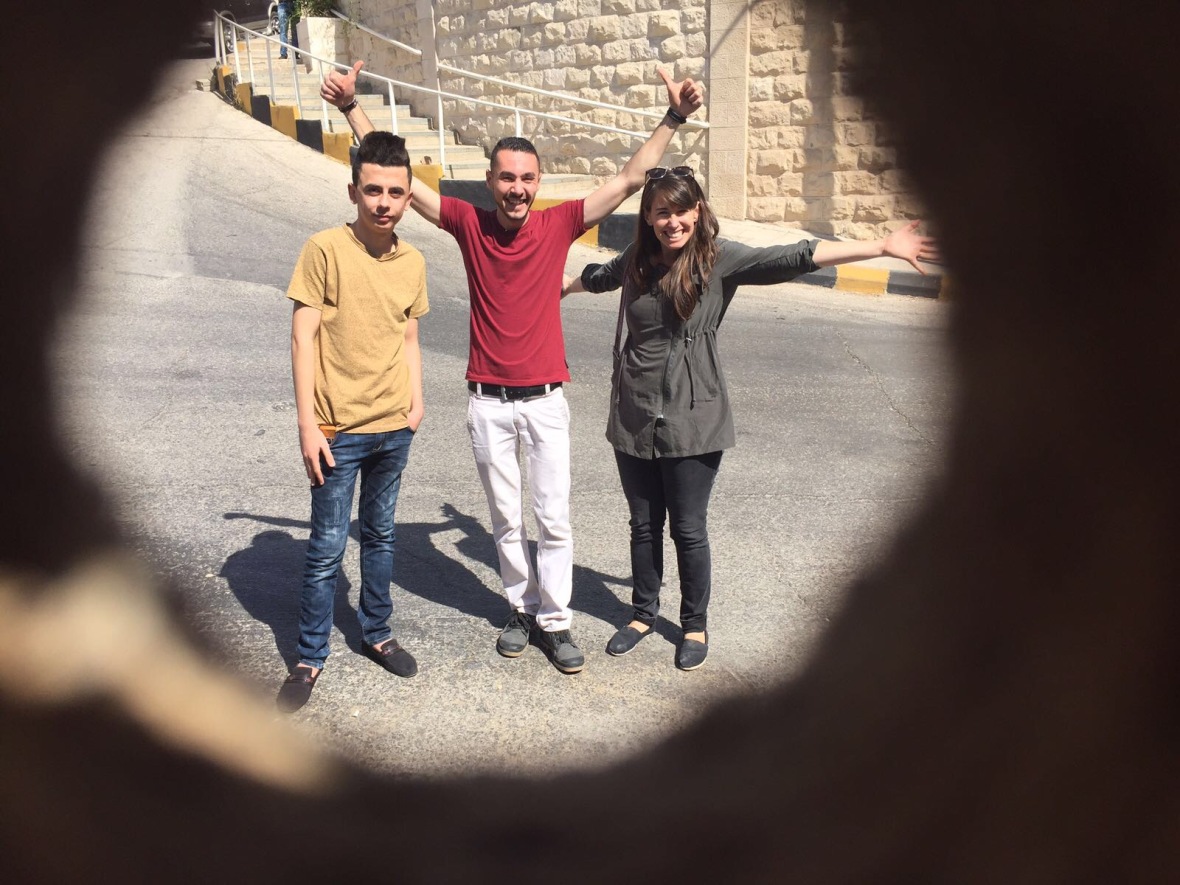 Nader picked Jon, Michael, and I up at our apartment and we headed to Paris Circle (Amman is made up of many circles “round-abouts”) for Turkish coffee and falafel. He also had Fairuz, a famous Lebanese singer, playing in his car. Nader stated, “Fairuz is the lady of the morning in the Arab world. She calms down all the tension.” He was right, her sultry voice accompanied by the soft melodically oud and lute made our short drive to the workshop space magical. We were rushed, but at the same time we were just allowing the day to take us in its many unexpected turns and stops. The Jordanian way.

We were the last to arrive that first day, eleven students sat eagerly waiting for us creating a semi rough start. We quickly greeted each student in Arabic and asked them to circle their desk to start the workshop while Jon set up the wifi and projection unit. Nader interpreted Michael’s introduction in Arabic, but many of the students spoke English. The students looked like your typical 20-somethings with hip clothes, designer sneakers, and cool haircuts. They all had smartphones and picked up on the VSCO app quicker than us. They were all interested in photography and many of them made some money from taking portraits and photographs for local charities.

The first part of the day we discussed how media represents refugees. Michael typed the phrase “Syrian refugee” in a Google search and over 2000 photos appeared, all of which were families in camps looking destitute. Not one photo represented an urban refugee family, specifically anyone that the refugee students sitting before us could identify with. We discussed why this is a problem and how these student’s stories are not being told. We discussed the politics involved as well as the power dynamics associated with photography and representation. We also asked the students to describe the first words and images that come to mind when we said “America”. Their responses included: aliens only want to go to the U.S.- especially NYC, Hollywood, wealth, and Donald Trump. They have also heard that the U.S. doesn’t want Iraqis to come and many of them preferred to be resettled in Australia. The way the students see America is also limited by the media. We were all learning about each other and sharing our opinions, stories, hopes and dreams as a way to bridge our two worlds; as a way to represent a new story of who we are for the other.

After the discussion Michael and Nader taught the fundamentals to photography: composition, lighting, subject, and the rule of “thirds”. There was a professor of photography from Irbit University, Yehiaha, who joined us and helped describe examples of these rules in Arabic. The students took an hour to practice taking pictures around the area, using our team as many of the subjects. We uploaded all their photos back in the classroom and gave feedback on how the students captured their subjects. There was also a lesson on editing using VSCO. Around 2pm the group headed to a local cafe for lunch.

*Jon hailed a cab and brought me home at that point- I got a 24 hour bug and had a high fever and other unmentionable occupancies that kept me close to a toilette until the next day. Thank God that was only 24 hours! Michael and Jon stayed home that first night so I wouldn’t be alone.

Here is the VSCO page link where we are uploading the students photos (no curated yet):
http://vsco.co/representediraqjo/images/1 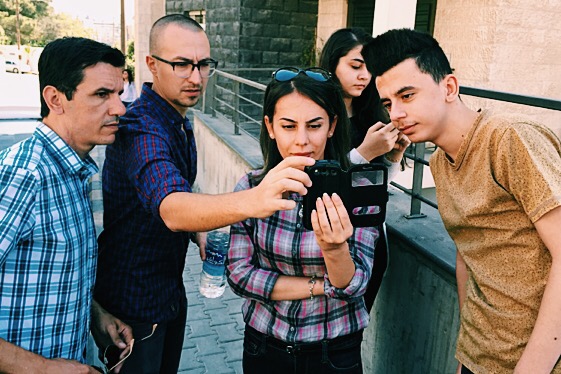 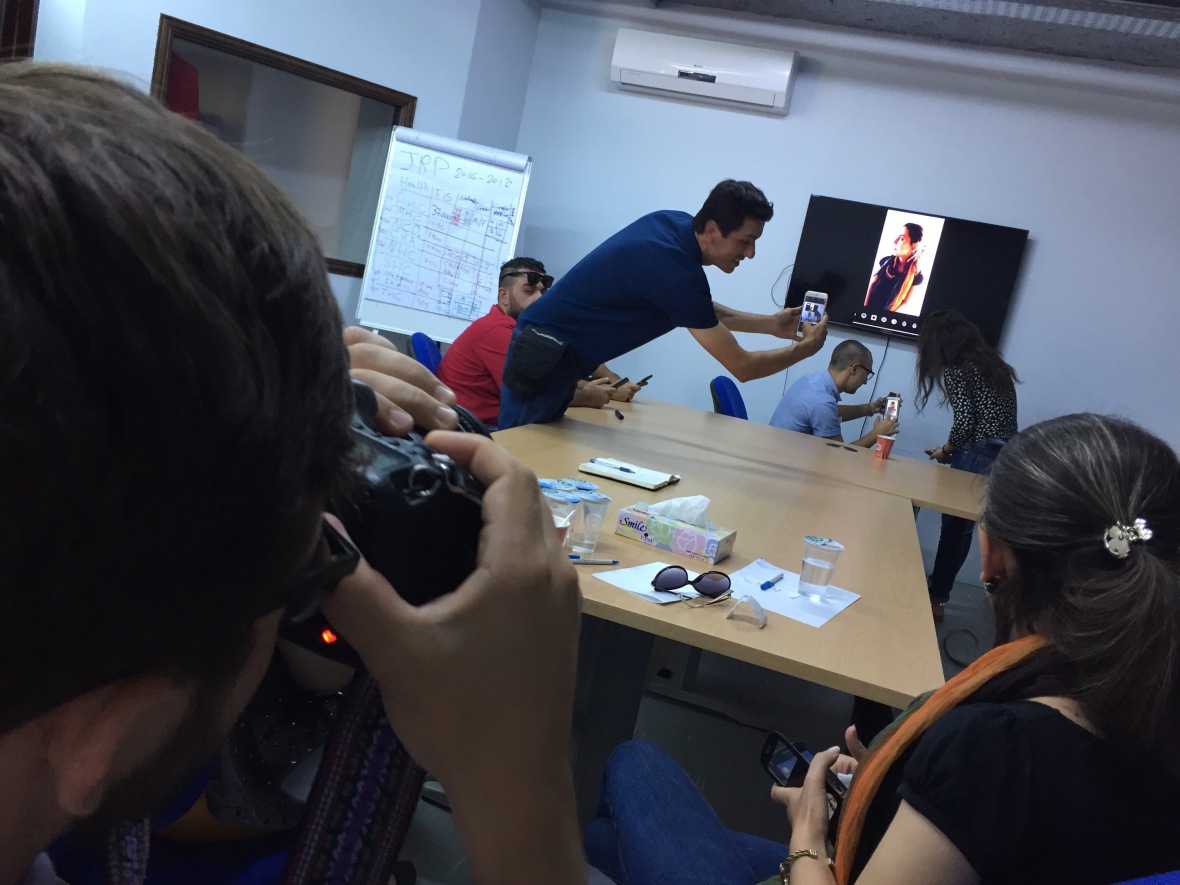 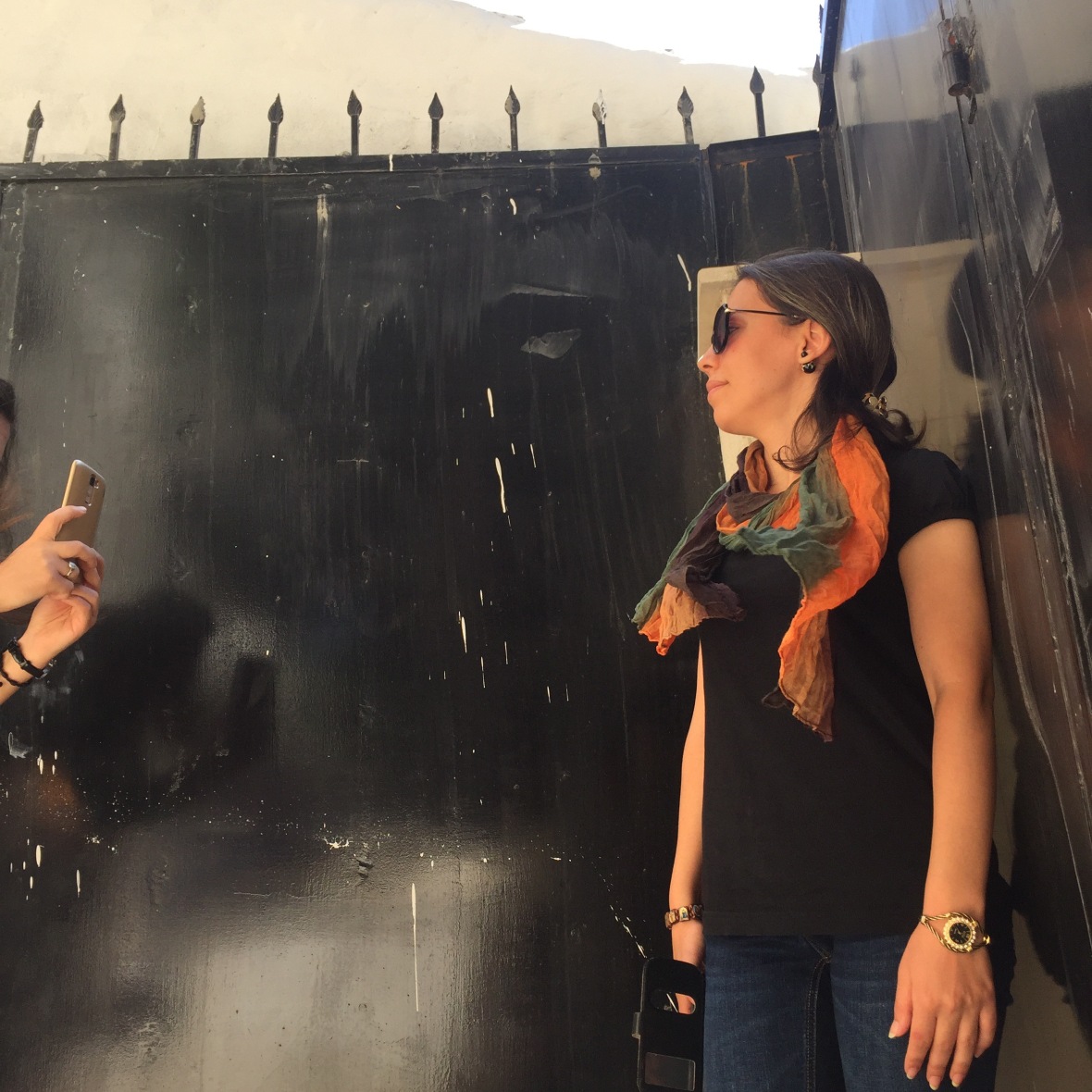 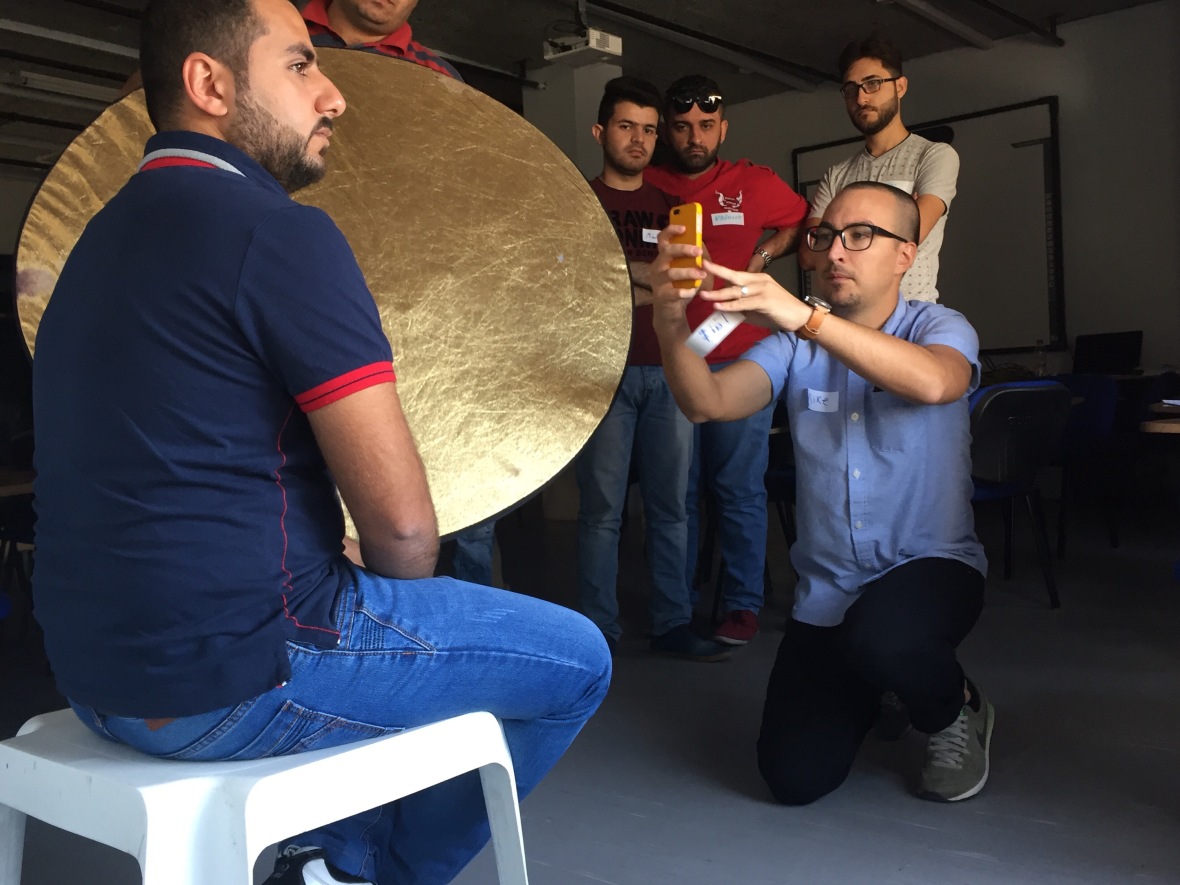