Mirleft is about 7 hours south of Marrakech, on a bus. Caroline, our host and now friend, told us to tell the drivers to stop 1.5 km outside of of the city at a nameless destination where she, “a tall blond lady, would be standing to flag us down” and bring us to her home.

In Tiznit, the town before Mirleft, Jon tried out the French phrase Caroline wrote for us describing the “1.5 km blond lady” shpeel to inform the driver of our plan. Without hesitation he said no he wouldn’t drop us there. Next strategy was asking the nice Moroccan woman in the front of the bus who spoke English to ask the driver for us in Arabic. They got an even more emphatic no. Hmmm, we don’t have an address for Caroline’s and nervous she won’t wait for thirty minutes for us to walk 1.5 km after seeing the bus drive past. Oh how I miss my cellphone! We started to get really nervous and were realizing how bad this situation could get. The drivers had been stopping outside the main cities for passengers all day, why not now for us?

The bus arrived in Mirleft, Jon got out first and was accosted by a man trying to get us to stay at his hotel, so much so he was yelling and starting a scene. The bus drivers got annoyed and motioned Jon back on the bus and we were off. We kept driving, we didn’t see a blond woman and had no idea where to get off. The bus kept going, along the coast and then suddenly up a ridge and into what looked like the desert. We start panicking and motioned to get off, it must have been at least 7 km past Mirleft! We exited the bus and realized we were in the middle of nowhere. A Moroccan man got off with us and as we started to explain our situation, all of which he didn’t understand, I got so overwhelmed I began to cry. Jon, who never yells, quickly yelled, “Stop Krysti, it will be ok”.

Let’s stop there to explain some of the backstory so I’m not outright judged for crying in the middle of nowhere with Jon and a random middle aged Moroccan man. It’s Ramadan, no one eats from sunrise to sunset, including Jon and I who felt so bad eating on the bus (we did sneak a banana, a very comical scene for sure). I was exhausted, hungry, and very lost.

But not even a minute later a local bus pasted by in the opposite direction. The Moroccan man flagged it down and Jon and I hopped on without a clue where it was going. We just kept nervously smiling and saying , “Mirleft?” The bus attendant dropped us off at a restaurant on the beach outside of Mirleft where we quickly got WIFI, our only real comfort in Morocco, and called Caroline. In no less than 15 minutes we saw the tall, blond woman with the dog cheerfully walking down the road. We made it, we had a place to go!

Caroline was shocked by the story and impressed we just jumped on that bus heading back to town, it only runs every hour so the timing couldn’t have been better. She also said the drivers were starving from Ramadan and could eat till 7pm, the more extra stops they made late in the day the longer they had till dinner. This explained their lack of concern for our request at 6:45pm.

We were now safe and sound 1.5 km outside of Mirleft in our beach oasis with Caroline and her dog Charlie.

Two days after Ramadan Jon and I were trying to get a bus back to Mirleft coming from a beach we were exploring, we had much more confidence with buses now, and a sweet family vacationing from Casablanca offered us a ride. We smashed into the back and it was fabulous: air conditioning, fun western music, and the kindest people we’ve met in a Morocco up to that point. There is life after Ramadan, all people are just nicer when they eat.

(Pictures include the bus ride, the middle of nowhere, Jon calling Caroline from the restaurant with WIFI, and our cozy , safe room in Mirleft) 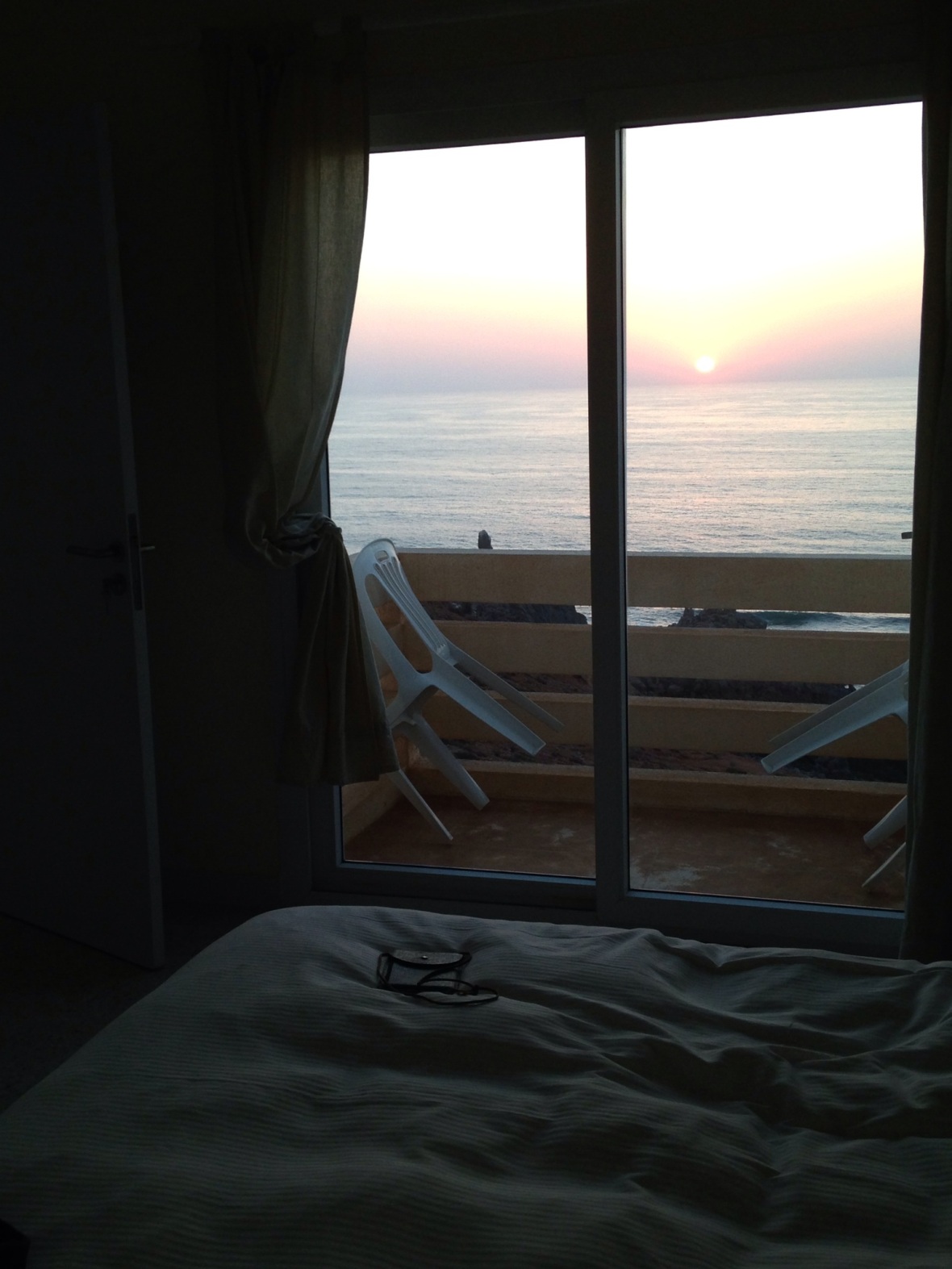 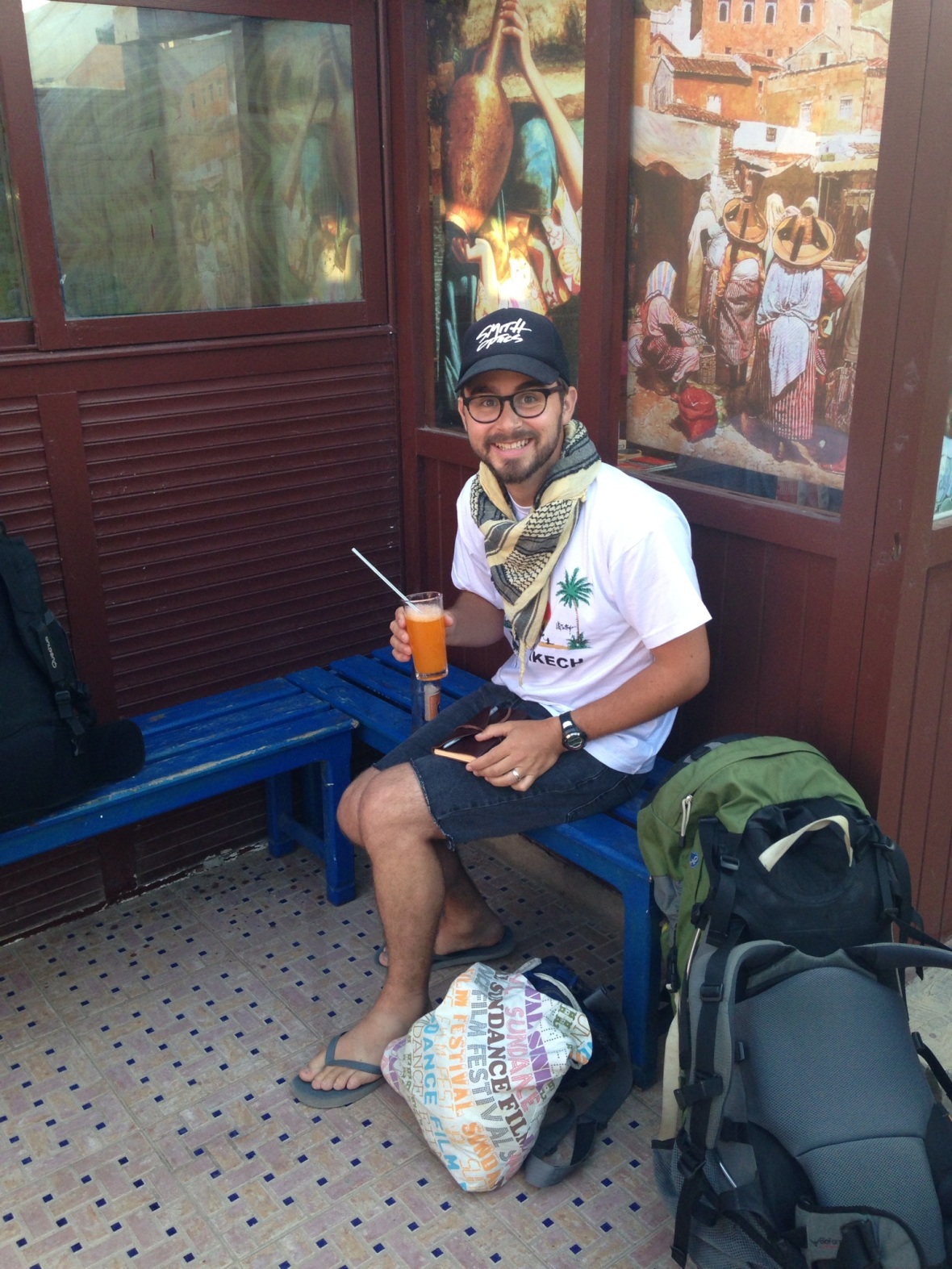